Critique of the Week: Jonathan Haidt

Jonathan Haidt is a national treasure. His courageous opposition to the mounting pressure for ideological conformity within American academia continues to serve as a light of liberalism for America’s embattled universities. And as Haidt points out, the strident demands of this new kind of progressive fundamentalism are now impacting institutions across the American landscape. I applaud Haidt’s cogent critiques, and I especially appreciate how he has managed to forward his advocacy for viewpoint diversity and ideological pluralism without embracing right-wing partisanship. I thus consider him to be “post-progressive” in many important respects.

Yet notwithstanding my admiration for his fair-minded defense of liberal values, I think his critiques of woke “power monomania,” as he terms it in a recent essay, do not adequately identify the problem he is attempting to solve. Building on the analysis in his 2018 book, The Coddling of the American Mind (coauthored with Greg Lukianoff), Haidt focuses on “a subset of students,” who insist “that everything that happens in our society happens because power is always and everywhere trying to maintain itself.” Inspired by the intensely critical philosophy of Michel Foucault and Ibram Kendi, these students have become militant activists who vociferously demand ideological conformity.

Like many commentators who are alarmed by progressivism’s increasing illiberalism, Haidt identifies antiracist ideology as the source of this new monomaniacal fundamentalism. As the events of 2020 demonstrated, antiracist ideology inspires a passionate commitment among its followers by advancing the higher cause of atoning for America’s racist past. Antiracism thus provides a quasi-religious sense of transcendence that many, especially the young, hunger for in our disenchanted age. Yet by identifying students and other young people as the primary perpetrators of the contemporary assault on liberal values, Haidt fails to correctly identify the key point of leverage where his argument might gain traction. There’s no point in arguing with fundamentalists. So rather than condemning “power monomania” among young wokesters as the problem, Haidt would do well to recognize how progressive culture as a whole is complicit in the rise of the new anti-democratic illiberalism. Antiracist ideology has gained millions of ardent adherents over the past few years, but the power of this militant creed ultimately depends on the support and encouragement of the larger “progressive postmodern worldview,” as I formally identify it.

This progressive postmodern worldview encompasses a much larger portion of the U.S. population than the current version of antiracist ideology, which only began to gain momentum in 2013 with the founding of the Black Lives Matter organization. The larger culture of contemporary progressivism, which has been emerging over the last sixty years, is more substantial and complex than a singular monolithic ideology. This larger progressive worldview can be most accurately understood as a historically significant frame of values—a coherent set of norms and ideals that spans multiple generations. This large-scale worldview can thus be compared and contrasted with the competing worldviews of modernity (or “modernism”) and traditionalism.

Examining, for example, the worldview of modernity, which first emerged in the Enlightenment, we can see how it now contains numerous ideologies, including globalism, neoliberalism, libertarianism, and scientism. While many modernists ascribe to one or more of these ideologies, the larger worldview of modernity as a whole cannot be conflated with any of them, and there are many modernists who affirm liberal values but who remain skeptical of all forms of ideology.

It is important to acknowledge that overall, the rise of the progressive worldview has improved American society by increasing our concern for those who have been marginalized and victimized, and by building our political will to achieve social and environmental justice. And despite its troubling illiberalism, when at its best antiracist ideology serves as a potent wake-up call to renew our collective efforts to overcome the racial inequality that continues to plague our nation. But as progressivism has gained extensive cultural power over the last few years, its adamant rejection of America’s basic moral legitimacy has significantly undermined the social solidarity necessary for a functional democracy.

As Ioannis Gatsiounis argues in an op-ed entitled, “Wake up, liberals, and fight woke culture,” the moral authority required to constrain antiracism’s illiberal zeal is held primarily by progressives who share woke concerns about equality and justice, but who can see that abandoning liberal values in the name of racial equality results in more injustice, not less. As Gatsiounis observes, “conservatives are not suited to lead a defense of American pluralism. They’ve abused wokeness for political expediency, leveling it as a catch-all to demonize Democrats and deflect self-accountability.” It thus falls on mature leaders within progressive culture itself to push back against the troubling illiberalism of antiracist ideology.

As an example of a prominent  progressive who fails to recognize the threat, Gatsiounis points to New York Times columnist Michelle Goldberg, who describes “objection to critical race theory as an ‘absurd and cynical’ ploy by Republicans.” However, “many of her liberal readers were quick to point out that they too are troubled by the new illiberalism.” As one parent whose public school veered radically leftward this year commented: “I can tell you this is not a liberal versus conservative issue. In highly educated circles, it’s become a liberal versus liberal issue. I’m tired of The Times implying that only Fox News conservatives object to their children being manipulated into seeing literally everything through the incredibly reductive and divisive lenses of race and gender.”

Another recent example of how progressive leaders are undermining their own political goals by turning a blind eye to the illiberalism of antiracist ideology can be seen in the extensive gaslighting surrounding the teaching of “critical race theory.” Progressive pundits have circled the wagons on this issue by repeating the talking point that critical race theory is a graduate-level subject that is not being taught in K-12 schools. These commentators claim that educators are merely teaching hard truths about America that make parents uncomfortable. However, abundant specific examples of recently introduced antiracist ideology within the curriculums of public schools nationwide demonstrate the legitimate concerns of both liberal and conservative parents about the ideological indoctrination of their kids. And this issue promises to provide a boon to Republicans in the 2022 midterm elections.

Although Jonathan Haidt certainly recognizes that antiracist ideology now extends well beyond the confines of higher education, as outlined in The Coddling of the American Mind, his recommended remedy amounts to a series of therapeutic interventions designed to raise “wiser kids.” But by essentially framing the problem as “students run amuck,” Haidt deflects our attention from the complicity of older progressives in positions of authority who are not monomaniacal woke fundamentalists, but who are nevertheless cowardly capitulating to the illiberal demands of antiracist ideology. In the same way that progressive parents can sometimes be overly permissive with their children, it is these progressive “adults” who bear the primary responsibility for the unchecked illiberal monomania that is corroding what’s left of America’s social solidarity.

From a post-progressive perspective, ideological strident young people are not the primary source of progressivism’s emerging pathologies. It is rather the leaders of the progressive worldview as whole—highly educated elites who are exhilarated by the energy behind wokeism’s rapid rise, but who seemingly fail to recognize the threat that this illiberal ideology poses to America’s fragile democracy. Therefore, if he wants to effectively fight back against the anti-modernism and reverse patriotism of progressivism in general, and antiracist ideology in particular, Haidt would do well to focus his critiques on the progressive clerisy—those who have the requisite influence and moral authority to prevent wokeism from further undermining both liberal values and the laudable goals of progressive politics. 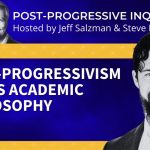 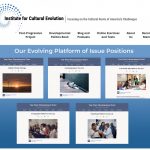 My Policy Recommendations for Homelessness Published on The Post-Progressive PostUncategorized