I’m excited to announce the launch of my latest work:

Cocreated with Josh Leonard and the Institute for Cultural Evolution.

Here is the 300 word media release:

BOULDER, COLORADO, June 28, 2021: The torn social fabric of American culture is threatening our democracy. Yet no one seems capable of brokering a truce in the culture war. In response to this daunting challenge, a new publication offers a fresh solution: a post-progressive political perspective. This is the focus of “The Post-Progressive Post,” the latest offering from the Institute for Cultural Evolution think tank, a nonprofit organization originally founded in 2013.

Using a newspaper format, The Post-Progressive Post website features numerous articles, opinion pieces, “win-win-win” issue positions, illustrated overviews of its perspective, short videos, and podcasts. The new publication also includes entertaining political quizzes. In connection with the launch of the website the Institute for Cultural Evolution is also founding a membership association, dubbed the Post-Progressive Alliance, which it describes as “a new home for the politically homeless.”

Backed by a high-powered Board of Directors, including Whole Foods CEO John Mackey and several prominent tech CEOs, The Post-Progressive Post is exploring what they call “political higher ground.” The Post is spearheaded by political philosopher Steve McIntosh and nonprofit executive Josh Leonard, who say they want to “help America grow into a better version of itself.”

According to McIntosh, “Political centrism is no longer viable because there’s very little common ground left. To repair our broken politics, we need to increase our collective cultural intelligence.” Managing editor Leonard added “the post-progressive perspective is not anti-progressive, it transcends progressivism’s downsides, while carrying forward its important upsides.” 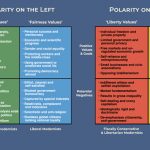 Updated Charts: Polarities on the Left and RightUncategorized 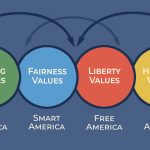