Why I’m Voting for Biden

Reposted from the Institute for Cultural Evolution’s blog:

The Institute for Cultural Evolution does not officially endorse candidates for public office. But as the president of this organization I feel obligated to express my personal political opinion on the upcoming election.

While I acknowledge that there are many people of good sense and good faith who continue to support Donald Trump, I cannot assent to his leadership. My considered assessment is that Trump’s apparent disregard for the truth, coupled with his generally untrustworthy character, disqualify him for the office of the presidency.

Even though I’m a registered Democrat, I still have doubts about Joe Biden and cannot wholeheartedly endorse his candidacy. Nevertheless, I find the prospect of another four years of the Trump administration simply unacceptable.

For me, this is not a question of policy. As Michael Steele, former chairman of the Republican National Committee, writes: “This election is not about issues or policies. Rather, it is about the course of a nation and the character of her people reflected in the leader they choose.”

I thus urge American readers of this blog to vote against Trump and for Biden on November 3rd. 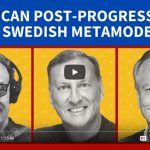