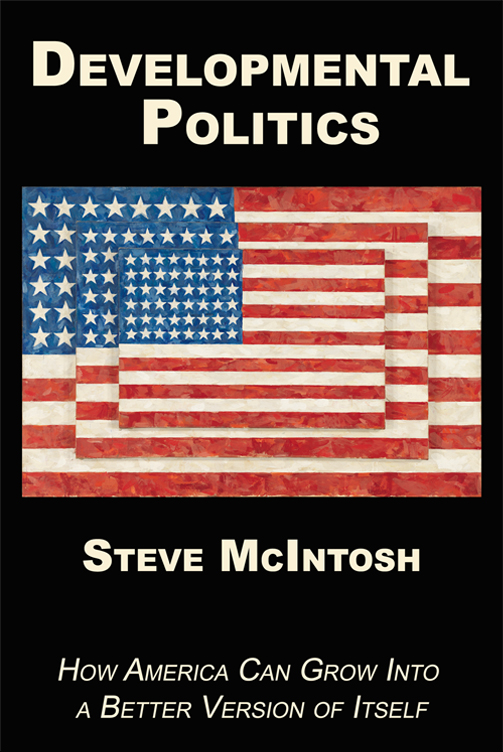 The 15 new (or partially new) ideas below are numbered in the order of their appearance in the book.

1. Worldviews are the Basic Units of Culture
Worldviews can be understood as the basic units of cultural analysis and interpretation—the most fundamental structures of cultural evolution. Recognizing worldviews clearly and accurately is crucial for politics because when we ponder what our modern world actually is—when we inquire about the essential nature of “modernity”—the best answer is that modernity is a worldview.

2. Modernity’s Emergence is Predicated on the Rise of Liberal Values
The most significant aspect of modernity’s emergence, and the foundation for all its subsequent economic and political progress, is the advent of liberal values—what the French dubbed “The Rights of Man.” The emergence of these personal legal freedoms now serves as the backbone of American society. Moreover, these “liberty values” are living things; if we don’t water them with our reverence and advocacy, they whither, jeopardizing the vitality of our society’s “internal cultural ecosystem.”

3. Liberal Values Work in Partnership with Communitarian Values
Because of its inherently individualistic orientation, modernist culture requires the support of an accompanying communitarian oriented worldview to provide the moral system needed to supply modernity’s solidarity and collective sense of common cause. This supporting role used to be fulfilled by the traditional worldview’s moral system, but increasingly, the progressive worldview’s alternative moral system is defining modernity’s morality. The ensuing contest between the traditional and progressive moral systems for the allegiance of modernity helps explain why modernity is now politically divided, whereas progressivism and traditionalism are each more political unified on the left and right respectively.

6. Recognizing the Energetic Properties of Value Can Help Us Build Political Will
We need a new political philosophy that can reckon with the unprecedented cultural evolution we have experienced over the last 50 years. This new developmental political philosophy can improve our understanding of the nature and behavior of value itself—it can help us better recognize the magnetic or energetic properties of “the good.” And this enhanced recognition of the attractive pull of value can help us generate positive political will.

7. Discovering the “Physics” of Value Energy Can Lead to Our Political Renewal
Once we understand how the throughput of value energy sustains the systemic continuity of the interior structures of consciousness and culture, this gives us fresh guidance on how to nurture the vitality of our internal cultural ecosystem. By discovering the “physics” of value energy, we can overcome stuck polarities and foster our collective sense of higher purpose.

8. Every Major Worldview Taps Into Its Own Bandwidth of Value Energy
Greater-than-self-interest—ideals of transcendence—are needed by everyone. Beyond our personal goals for self-transcendence (serving something greater than ourselves), we also need collective ideals of “cultural transcendence” (a common higher purpose). Each major worldview, however, has its own unique notion of cultural transcendence. But notwithstanding these opposing ideals of social betterment, each worldview’s distinct sense of transcendence becomes aligned and harmonized when we recognize how evolution is literally moving toward transcendence itself. Something more keeps coming from something less, and this continuous “going beyond” reveals the overall direction of the “upward current of the good.”

11. All Positive-Positive Polarities Exhibits Whole-Part Relationships
Unless polarity theory is informed by a larger understanding of dialectical development, it can tend to give the false impression that the two poles in a positive-positive polarity are a type of balanced system in search of equipoise. In other words, if we understand interdependent polarities primarily through the perspective of the masculine-feminine polarity, or otherwise take a kind of Taoist view of polar relations as yin and yang in search of harmony, we can lose sight of the ongoing generative capacity of these unique forms of oppositional relationship. So rather than seeing the two poles as equals seeking compromise, it is more accurate to recognize their interdependent relationship as part and whole seeking integration.

14. Our Social and Political Progress Contributes to the Cosmic Progress of Evolution
Understanding how cultural evolution is extending the structure of evolutionary emergence overall helps us align our aspirations for social and political progress with the cosmic progress of evolution as a whole. Recognizing our place in “big history” helps restore our faith in the ongoing possibility of human progress.

15. Intersubjective Worldview Systems Are Partially Independent from the Psychology of Individuals
A more nuanced understanding of social ontology shows how intersubjective worldviews have degrees of independence from psychological stages of development. While there is certainly overlap between the structures of consciousness and the structures of culture, it is helpful to break out of a primarily psychological focus when considering how consciousness and culture evolve.